With the New Year in full swing, it’s time to cast a net on new beginnings and set sight on your goals—and with that being said it’s time to achieve those bucket list items, beginning with one particular experience that will raise spirits and make life legendary, A Voyage to the Other Side aboard the haunted and historical Queen Mary.

The Queen Mary’s all-new paranormal series, A Voyage to the Other Side will bring you center stage to master magician Aiden Sinclair’s Illusions of the Passed; Legends of the Queen Mary, A Theatrical Séance, a 45-minute interactive show filled with magic and mystery as well as a one-of-a-kind lecture, paranormal investigation, and meet and greet with a special and famous “ghost-hunting” guest.

So bring your bae or bestie, gather with family and friends because this is a must-do experience that will definitely make 2019 memorable! A Voyage to the Other Side will treat you and yours to a one-of-a-kind evening that that will go down in haunted history!

A bit of background 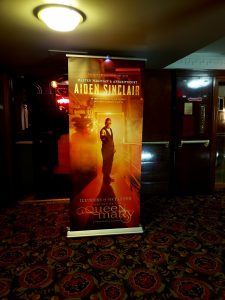 In September of 2018, Master Illusionist Aiden Sinclair opened a new theatre aboard the RMS Queen Mary in one of the most historically haunted areas of the ship. Since the opening of his theatrical séance, Illusions of the Passed, reports of paranormal activity in that area have increased dramatically. The Queen Mary is pleased to announce, Illusions of the Passed, will continue to lead guests through a journey back in time to meet the ghosts and legends of the ship throughout 2019.

Building on the success of Illusions of the Passed, the Queen Mary has invited the finest paranormal investigators in the world to come aboard, hosting a recurring intimate investigation of the Revenant Room Theatre and the historic Rope Locker in A Voyage to the Other Side. Each month, paranormal thrill seekers will be treated to one of Aiden Sinclair’s 45-minute theatrical séance performances, a one-of-a-kind lecture, paranormal investigation, and meet and greet with a special guest. Haunt lovers will have the opportunity to investigate these locations first hand by participating in the first recurring paranormal research aboard the RMS Queen Mary.

Mark your calendars for these special supernatural series… 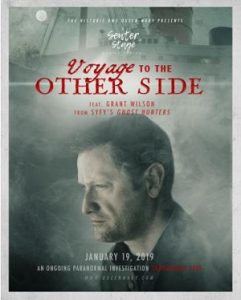 The Queen Mary will welcome Grant Wilson aboard as the first Paranormal Investigator teaming up with Aiden Sinclair for A Voyage to the Other Side. Grant S. Wilson has been actively involved in all types of paranormal investigation and has paved the way for much of the modern field through his work with the group The Atlantic Paranormal Society (T.A.P.S) which he co-founded many years ago. 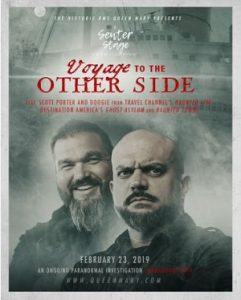 Tennessee Wraith Chasers duo, Scott Porter & Doogie McDougal, embark on the second Voyage to the Other Side. Scott ”Porter” is best known as the Profiler, Historian, and has also appeared on, and won, the Old South Pittsburg Hospital episode of Travel Channel’s Paranormal Challenge. Steven “Doogie” McDougal has 20 plus years as an investigator and lecturer in the paranormal and has been seen on Destination America and Travel Channel’s Haunted Live, Most Haunted Towns, Haunted Towns, Ghost Asylum, Ghostland Tennessee, Exorcism Live, and Paranormal Challenge. 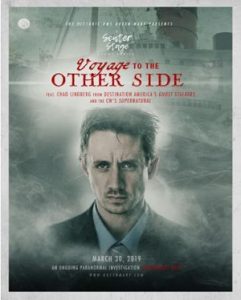 The third and final installment of A Voyage to the Other Side will welcome aboard the CW’s Supernatural, Chad Lindberg. Lindberg is a well-known actor on the CW’s hit Supernatural and starred as “Jesse” from the original The Fast and Furious. Through the years, Lindberg has found a way to put his passion and his Paranormal Investigation skills to the test as the co-host of Destination America’s paranormal reality show Ghost Stalkers and can currently be found leading fans on ghost hunts across the country on Paranormal Investigations.

Go over your findings with fine fare…

Those looking to continue the paranormal excursion are welcome to review their paranormal findings with Chief Perley at the Ghost Investigation Evidence Review Brunch the following morning on January 21, February 24 and March 31. Guests can indulge in the Queen Mary’s Royal Sunday Brunch and uncover their ghost findings with one of the ship’s resident Chiefs. Tickets to the Ghost Investigation Evidence Review Brunch are an add-on, starting at $125 per person.

Tickets to Voyage to the Other Side start at $275 and include a meet and greet hour with paranormal celebrities, (1) meal voucher (*tax and gratuity not included), private showing of Illusions of the Passed featuring Aiden Sinclair, Private Ghost Hunt with  a celebrity ghost hunter in the Queen Mary’s Rope Hold and Revenant Room. To purchase tickets and for more information on pricing, hotel packages and more visit queenmary.com.

Happy Howl-idays! Lady Lucy is in the holiday spir