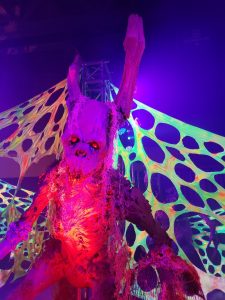 Boos and ghouls of all ages joined forces to celebrate Halloween, haunts and horror at the bigger—and better-than-ever, sold-out—Midsummer Scream 2018!

Midsummer Scream unleashed a grand and ghoulish gathering of sneak-peek presentations, panels, performances, mini-haunts, macabre makeup effects, creepy crafts, slider shows, and vendors aplenty. What’s more, Midsummer Scream was THE haunting hot spot for fans to experience and enjoy eerie entertainment, paranormal paraphernalia and mystic musings—and get a close-look at the behind-the-scenes scares from the pros and preview what theme parks are conjuring for this Halloween season.

Check out the haunt highlights of what the theme parks have creeping up around the corner: 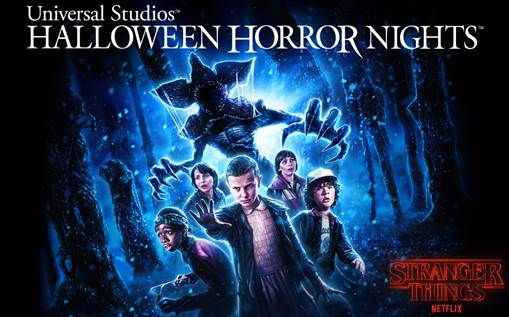 Universal Studios brought the masterminds behind Halloween Horror Nights Hollywood AND Orlando for the first time on stage at Midsummer Scream to share what the two theme parks have up their sleeves this year! 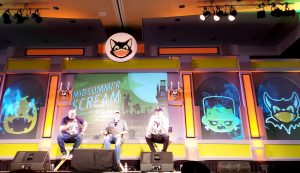 John Murdy and Chris Williams from Universal Studios Hollywood and Michael Aiello from Universal Orlando joined forces on the Grand Ballroom stage. They shared that things will get turned upside down at both coasts of Universal Studios’ Halloween Horror Nights’ with the first look reveal of the “Stranger Things” maze key art designed exclusively by Kyle Lambert, the official illustrator of the mega-hit Netflix original series, with the maze inspired by Season 1. Fans will get to experience iconic scenes, characters, and environments including the Upside Down, the Byers’ house, the Hawkins Lab sensory deprivation tank—and yes, come face-to-face with the predatory Demogorgon!

Check out the sneak peek video…

WHEN: September 14 thru November 3. For more information about Halloween Horror Nights visit HalloweenHorrorNights.com. 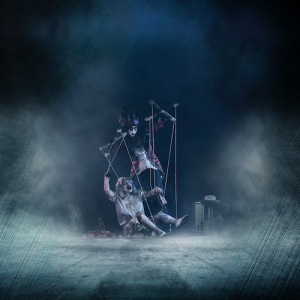 Regarded as one of the most haunted places on Earth, the Queen Mary’s Dark Harbor returns with an eerie-and-unique “choose-your-own-adventure mega haunt”—as described by Charity Hill, Executive Producer of Dark Harbor—featuring 6 blood-curdling mazes, 5 weeks of terror, 3 new secret bars, 2 electrifying stages, and 1 way out!

Put on a detective’s hat and retrace the steps of Samuel the Savage to solve the gruesome murders in B340. Re-live childhood nightmares playing hide-and-seek with Scary Mary and her sinister teddy bear in Lullaby. Escape the Ringmaster’s big top before becoming a specimen in the oddities museum of Circus. Head to boot camp with Half Hatch Henry for a reimagined storyline of the fan-favorite maze, Deadrise, to experience Captain’s rigorous training camp. Feeling Intrepid? Traverse the John Brown Shipyard and try to hide from the lurking creatures in the Scottish Highlands aboard Iron Master’s express train to hell. Clock-in to a shift aboard the infamous Grey Ghost and avoid Chef’s chopping block while working up an appetite for flesh in the maze FEAST.

Warner Bros. Horror Made Here: A Festival of Frights 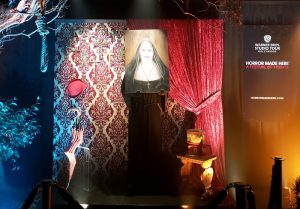 Warner Bros. gave fans a sneak peek of this year’s Horror Made Here: A Festival of Frights with props and original costumes, featuring Pennywise and Georgie from It and the Nun from The Conjuring 2. This year, Warner Bros. brings you face-to-face with your fears as you enter their iconic backlot for an epic-and-eerie Halloween party where evil clowns, demon nuns, super villains, possessed dolls and the devil himself will come to life. Be prepared to face your deepest fears and see what nightmares await you from the twisted minds that brought you IT, The Conjuring, Freddy vs. Jason, The Exorcist, and from WB Games, Batman: Arkham Asylum. 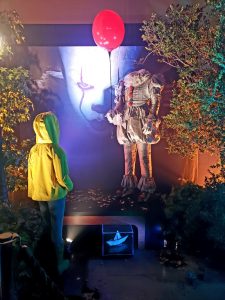 WHEN: Horror Made Here: A Festival of Frights is a special ticketed event, held on October 5-6, October 11-13, October 18-21 and October 25-28, open from 7PM to 1AM. The event ticket includes access to the festival, all scare mazes and the night tour. Visit horrormadehere.com for more information. 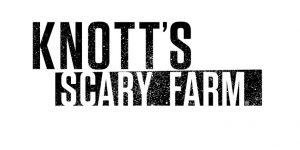 Knott’s Scary Farm will return with 14 mazes and haunted attractions and over 1,000 monsters lurking in the fog for 25 terrifying nights

New scare zone- for the first time the lake underneath Silver Bullet will reveal the horrors and creatures it’s kept hidden, until now. Forsaken Lake will unleash gothic creatures, which have been ravaged by the dark and murky waters, as they wander their crypts preying on unsuspecting visitors, looking for victims to drag back to their watery graves.

New upgrades- the park will feature new themed landscaping and enhanced ride lighting. HangTime will debut its never-before-seen Halloween inspired lighting scheme. And there will be select rollercoasters in the dark!

WHEN: Knott’s Scary Farm will return from September 20th – October 31st. Tickets are now on sale at: knotts.com/tickets-passes/scary-farm. 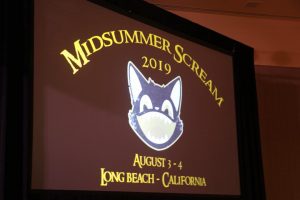 For more information on Midsummer Scream, and to stay posted for next year’s event visit midsummerscream.org.

« Midsummer Scream creeps into Long Beach July 28-29
FACE YOUR FEARS AT HORROR MADE HERE: A FESTIVAL OF FRIGHTS »