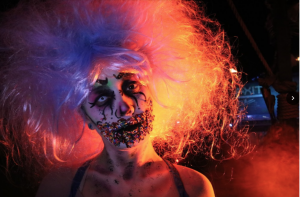 The Queen Mary’s Dark Harbor event celebrated Halloween in grand and gory fashion with its annual costume contest where revelers dressed in their best disguises to win the top prize.

On October 31, spirited souls, boos & ghouls, and creatures of the night gathered at the glorious Queen Mary to celebrate Halloween making it THE haunt spot for scares, sights, and otherworldly delights.

The night was filled with frightful fun featuring Dark Harbor’s iconic and insidious mazes including Deadrise, B340, Lullaby, Feast, Intrepid and Circus, along with a medley of lurking monsters, eerie-good entertainment, hair-raising rides, and sinister shows in The Pyre. And Halloween night was unique because guests came in costume, bringing a new conjuring of spirits and characters to life at Dark Harbor. 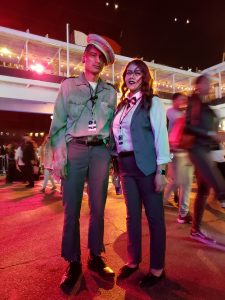 Along with Dark Harbor’s resident spirits like The Captain, Graceful Gale and Chef, guests joined in on the fun dressed in costume and mingled with the monsters, making it the perfect Halloween bash. Some came dressed spectacularly solo like Michael Jackson, others descended in dynamic duos like the Joker & Harley Quinn from Suicide Squad and Beetlejuice & his Bride, and some even gathered in groups, like Lock, Shock, and Barrel from The Nightmare before Christmas aiming for a larger-than-life look to win that top spot of Best Costume.

Top prizes were given to the following…

The trio of trick-or-treaters from Halloween Town dressed as Lock, Shock, and Barrel from The Nightmare before Christmas who came in first 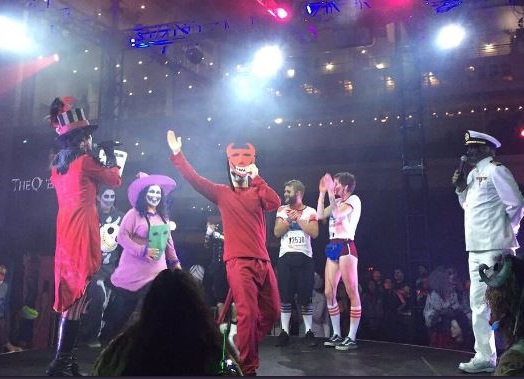 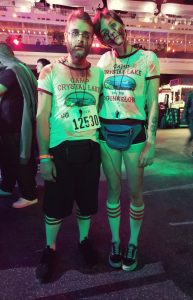 The King of Pop Michael Jackson who reigned in third place, and was seen taking center stage by the Sinister Swings, formerly from MJ’s Neverland Ranch! 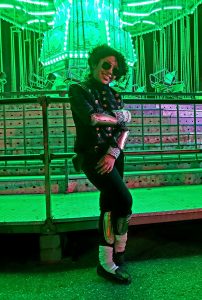 Overall, Dark Harbor has shape-shifted into a bigger, and better-than-ever event that you CAN NOT MISS, with terrifying twists and turns around every corner. The mazes are fresh and re-vamped, and have been redesigned to a whole new hell-raising level of horror which will disorient and disturb you. And best of all, each maze holds hidden haunts with interactive alternate paths, secrets bars, and hidden passages that make each experience unique—and challenge you to find clues and take on new adventures, so no matter if you’re a newbie or a Dark Harbor vet the mazes will always scare and surprise you with creepy newfound corridors and dark twists. 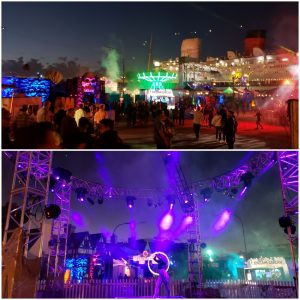 If you missed the epic Halloween bash, there’s still time to experience Dark Harbor tonight, November 1st with a Dia De Los Muertos celebration where the cast of monsters will be decorated in their skull candy best. And tomorrow, Friday November 2nd gather with family and friends for the final night of Dark Harbor with scary good mazes and eerie entertainment that will give you something to die for—and digest with the their devilishly-delicious specialty cocktails—until next year!